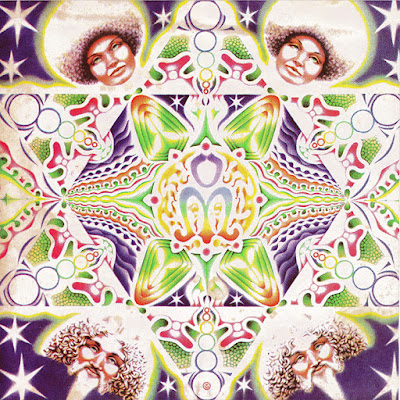 
Om - led by superb catalan guitarist Jordi ‘Toti’ Soler after his previous band Pic- Nic split- were one of the most interesting outfits to ever come out from Barcelona. Starting in 1968, their first recordings were done as a backing group for other artists like folk- singer Maria del Mar Bonet or american hippie Joe Skladzien, but most notably Pau Riba whom they backed on his debut LP the legendary Dioptria, one of the finest pieces of european psych ever. During all their early work, the band benefited from the organ playing of one of the most talented catalan pianists, Jordi Sabatés (of Ocells del més enllà fame) as well as the musical talents of two english brothers: drummer Peter Hodgkinson and his brother Tim on sax and keys (this is, of course, the same Tim Hodgkinson who founded Henry Cow, together with Fred Frith).

By the time they released their LP on Edigsa in 1971, Om was already an experienced band, with important studio work on their back and countless gigs, having backed american blues- man Taj Mahal in his Madrid 1969 concerts. One particularity of Om was that, rather than having an established line- up, they worked as a musical concept where it was not so important the individuals playing as it was the resulting sound. Their only LP shows how, through the works of Miles Davies, Gary Burton and John McLaughlin, they had developed their sound from its original psych/folk- rock beginnings to an intensely psychedelic jazz rock fussion. A classic album that is hardly known outside Spain and ranks amongst the best of the era, sharing shoulders with similar underground european experiments by Min Bul, Colhemec Ensemble, Xhol, Dharma Quintet, Sunbirds, Full Moon Ensemble or the more progressive output of the british jazz of the era: John Surman’s Trio, Nucleus or Michael Gibbs.
Posted by Unknown at 2:36:00 PM