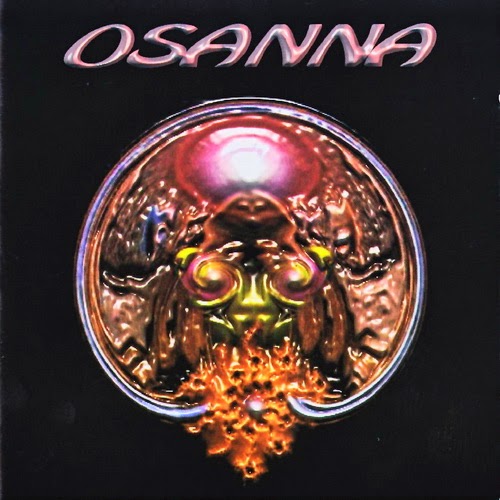 If you ever want to hear how a band can screw some of their early tracks, this album is highly recommended and definitely deserves five stars (or even more). If you were looking to some great album by a legendary band, you might well skipped this work.

Two original band members revived the ''Osanna'' band out of the ashes of the forgotten darkness and they decided to release a ''new'' album. Actually, this work consists of early tracks revisited in a new format (and sound) for the majority of the tracks.

Most of their debut album is featured here (seven songs out of nine). To me, it is obvious that the band had nothing new to tell and opted to re-arrange their earlier repertoire. They will of course manage to integrate some new material to get some $ or £ or ? from the pocket of the devoted fans.

If some of them are not too badly re-worked there are some crimes committed here like the opener (''L'Uomo''). This version has nothing to do with the great original song from their good debut album. Even if I haven't been a real fan of this band, I have to say that they released quite decent albums in the early seventies. Their last one ''Suddance'' (released in '78) was already much less convincing. But to listen to such a massacre is VERY painful.

On the contrary, the VDGG oriented ''Ce Vulesse, Ce Vulesse''' is more than satisfactory I quite like the addition of this heavy sax all around here. It conveys a really powerful feeling. It is a mighty track and THE highlight here.