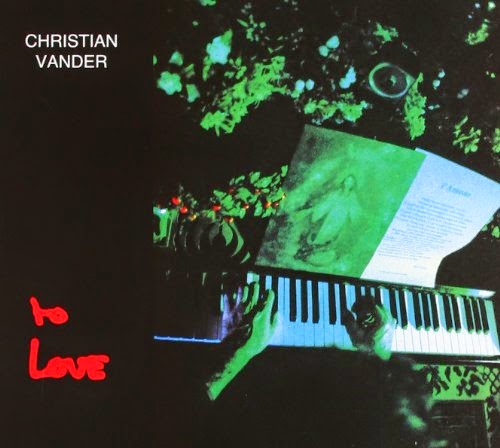 Known equally well for his virtuoso drumming, his compositional skills, and his creation of the Kobaian mythology and language, Christian Vander has achieved truly legendary status in the field of progressive rock. As a boy, he listened to and studied jazz, and through 1969 performed in jazz bands. However, in 1969 he was struck by a deeply moving spiritual vision and formed Magma as an outlet for his visions. For a few years, Magma performed rather straightforward jazz-rock without any member of the band being a clear leader. However, in 1973, Vander stepped up as leader and unleashed the force known as Zeuhl on the world with Mekanik Destruktiw Kommandoh, written entirely by Vander. From then on, he was to be the only constant member of the band in a dizzying whirlwind of lineup changes as over 100 musicians passed through Magma. Counting MDK, a total of five Zeuhl albums and one "sell-out" pop album would comprise Magma's canon before the band broke up in 1985.

Following the breakup of Magma, Vander pursued several projects in the late 1980's and early 1990's. He formed a Zeuhl-soul hybrid band called Offering, which unfortunately saw Vander put away the drumsticks and focus on the vocals. He formed a self-titled jazz trio, and two fusion bands, Fusion and Alien, which both featured Magma alumni. In addition, he worked in time to release a few solo albums.

Solo album by the founder/leader of Magma, with some vocals by Stella Vander. He mostly plays modal piano and sings in, mmm, "English" (with some kobaïan words ;-) ). It sounds as some McCoy Tyner albums, and the vocals are the not far from what you hear in Leon Thomas or Pharoah Sanders albums. As a multiple genius, Christian Vander is as good as a singer and piano player as he is a band leader, drummer, mythology inventor and musical genre creator.