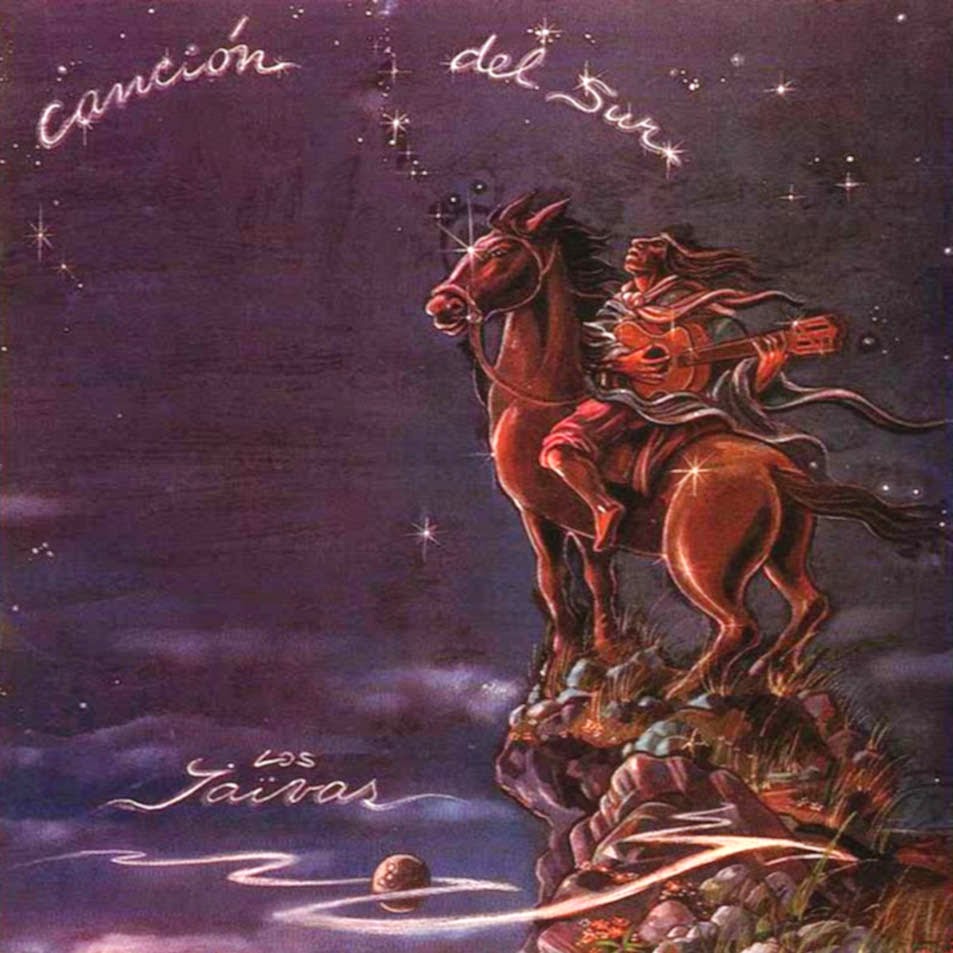 
By their time of their sixth album, Los Jaivas had already undergone a transformation. The combination of psychedelic guitar, abundant percussion and strong traditional Andean vibes which fueled their earlier albums like Todos Juntos was being gradually fused with a more complex brand of prog rock in which the drumming skills of Gabriel Parra and the double-barrelled keyboard attack of his brothers Eduardo and Claudio took greater prominence. While the band's roots are unmistakable, the exiles (who had fled Chile after the 1973 military coup) continue the mix of sophistication and exploration first expressed in 1975's Los Jaivas (El Indio) album.

The beautiful opener La Vida Màgica, Ay Sí simply dances with life. A gorgeous warm melody is transferred from harpsichord to piano to electric guitar as the band moves in with restrained ferocity before an exuberant vocal emerges. Its follow-up En La Cunbre De Cerro is a lyrical piece that starts off barely audible but eventually moves into a nice piano/brass exchange, before (three minutes into the song) an unexpected rousing explosion of guitar transforms the dynamic of the piece.

After the opening pair of tunes, the album does lose a little momentum through Cancion Par Los Pajaros, an Andrean instrumental featuring quenas (Andean flutes) and percussion and the vocal/percussive Dum Dum Tambora (which is based on an Uruguayan poem) a pleasing piece that ebbs and flows and goes through a few modes (even visiting the Far East at one point!) but which eventually drags towards the end.

Thankfully it all comes together again with the slow-moving title track. Cancion Del Sur (which means Song of the South) was inspired by the beautiful imposing landscapes of the southern most part of the South American continent, and Gato Alquinto's lead vocal melody is gentle and initially desolate, before a glorious eerie synth solo erupts over a rippling piano background in a spectacular and unconventional use of double keyboards. The massive instrumental Danzas is another amazing song ... starting off as a slow blues crawl with a pan-pipe solo over it, with an expansive fuzzy synth taking over, and then a charango (Andean mandolin) before a stomping piano and distorted guitar enjoy a freak out! The album closes with another work of glorious beauty, the guitar/charango/pan-pipe Andean instrumental Frescura Antigua.

The bonus tracks here include the unintentionally hilarious curiousity single recordings Bebida Magica and Sueno Del Inca which are no more no less than Andean instrumental disco tracks ... do remember that this album came out in 1977! There's also the beautiful En Tu Hora, with a wonderful melody and passionate vocals from Alquinta and Manbo Del Machaguay, another relatively "commercial" offering albeit with blistering electric guitar sitting comfortably alongside traditional flutes.

Overall Cancion Del Sur is another feather in Los Jaivas' cap. Not quite as thrilling from a progressive viewpoint as Alturas De Macchu Picchu and Obras De Violeta Parra, nor perhaps quite as emotionally compelling as Tudos Juntos ... but a very strong album nonetheless.