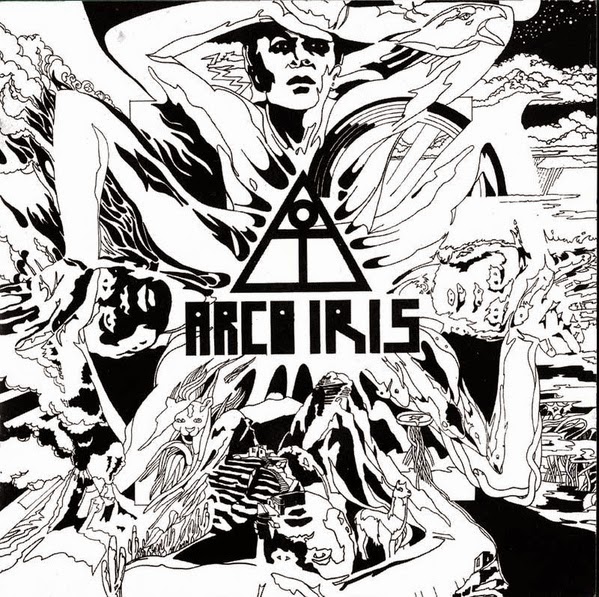 "Los Elementales" is perhaps a somewhat underestimated album. First track has very good Canterbury guitars, and a fine, somewhat freaky jazzrock approach. This sound is another logical evolution for the group. Most tracks has these fusion-jazzrock elements, and I think they work very well, especially the first and last most freaky tracks.

‘Elementales’ has been reissued and remastered lately so that I could give it a renewed listen. And I must say the album sounds even better than I remember on my first listen. It comes very near to the sophisticated sounds of Canterbury (Egg, Soft Machine), mixed with a doses of progressive rock (using seperately moving complex layers, while remaining to sound bright and logical). Highly recommended ! Two additional tracks are added, from a single from around this time. It is more compact rock tracks however with the same musical elements. Not absolutely brilliant as a single but still perfectly fitting with the album’s style. On my second listen on CD I grade it ****°

Without its leader, Arco Iris summon to Ignacio Elizabetsky (guitar) and Mario Cortez (keyboards). They publish "Los Elementales" (Cabal 9013)(or "the elements") (1977) with the help of some other musicians. It was a more jazz-rock oriented LP published together with a single ("Sin contratiempos" / "Los del casco de oro"- Cabal 101).

With their double album "Agitor Lucens V", Arco Iris had reached the zenith for their exploration into their musical vision, a vision of psychedelia, ethnic vibrations and folkish textures in a peculiar progressive amalgam. With teh departure of guitarists Santaolalla, one of the band's main writers, a crisis took place but Arco Iris managed to survive it and become stronger under the direction of wind player-keyboardist Ara Tokatlina, who serve now as a sole leader for the refurbished band. "Los Elementales", a concept-album about the four elements, is a delicious gem of fusion prog. The band's sound is tighter tha never before, reinforcing the jazzy side of their offering and taking it to a particularly intense level. 'Gob' kicks off the album with an orgasmic based on a multi-precussive explosion invaded by Andean woodwinds - this lisergic opening intro gives way to a Weather Report-like motif lead by the synth. Next come a duel between synth and guitar and an excellent tenor sax solo, which seems to capture the inherent resitance of the Earth. Meanhwile, the rhythm duo of Bodarampe and Pérez set a most solid frame for this excursion. A big entry, indeed... and there are still many great things to come all through the album. 'Destilando el Perfume de los Minerales' brings us a more melancholic vibe: it's a slow piece full of poetic candor, which is enhanced by the soaring synth lines and the final guitar lead. 'Cristalizando los Rayos del Sol' brings us back to frenzy jazz-rock, a bit less centered on the fusion side, for the instrumental passages; the sung parts are set on a rockier mood, alternating with flute-driven bucolic interludes. 'Elemental de Agua' is just a brief reprise of the preceding track's opening theme. The vinyl's A-side ends with the first song of 'Elemental de Agua', titled 'Despertar de los Hijos de la Mañana'. This one is a beutiful instrumental that comprises much musical richness in its less than 4 minutes' duration. The piano motifs, the epic excursions of the full band, the evocative flute and sax leads - all of them are exquisite items ordained within a delicious whole. Even though it somehow bears the aura of a prelude, it has enough qualities as to be appreciated as an autonomous apex of the album. 'Necksa' kicks off with a reprise of the closing theme of 'Despertar...', and then leads things toward an 8 minute jamming excursion tha tbrings red hot jazz-rock in a funky mood: very much like Weather Report-meets-Return to Forever, but with an interesting addition of Latin percussion, a crucial element for the track's particular development, which has more to do with serene sensuality than just frenzy fun. Arguably, here are the most accomplished sax interventions in the album. 'Los nacidos del Viento' is quite different, an acoustic ballad constructed by dual acoustic guitar chords on a 3/4 tempo, ornamented by dreamy interactions of synth and flute. 'Paralda' closes down the album with a similar vibe to that of 'Necksa' but with a wider array of ambiences and a more through aggressiveness in some climatic passages. Even in the rougher sections, the ensemble always sounds as a sonically polished unit. "Los Elementales" is, in my opinion, an absolute gem of South American prog: unlikely but true, Arco Iris came back to life expanding the wildest musical trends that they had envisioned during their pioneering first era and framing this expansion in a very solid fashion.