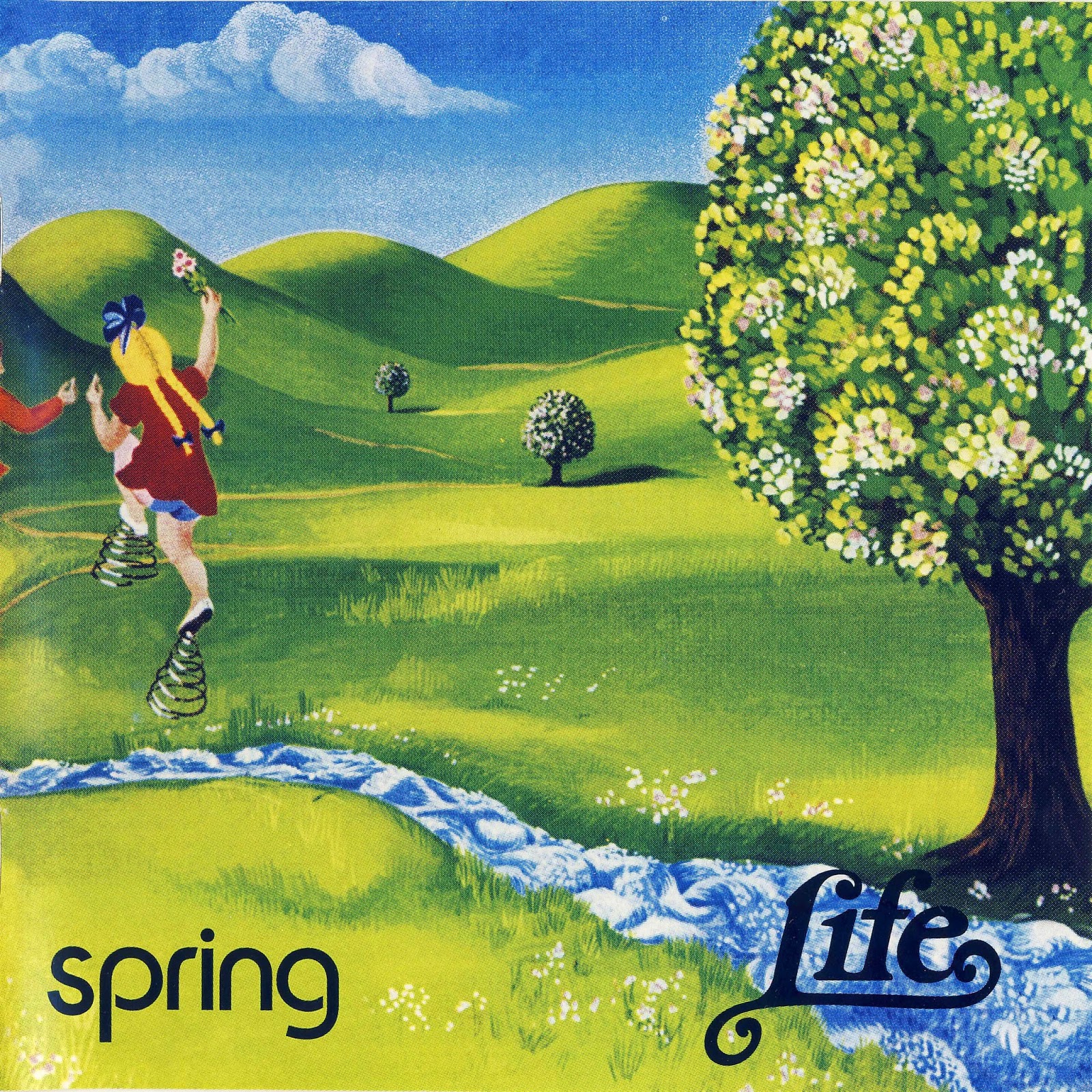 
The story of this singular album began in Munich in spring (!) 1971 when composer, artist, songwriter and producer Julius Schittenhelm (worked also for Embryo, Guru Guru, Amon Düül 1, Annexus Quam and Floh de Cologne) got a visit by Christian Burchard slobbering over a band of American Germans called „The Wedge“ that intended to do a record in Germany. When Schittenhelm met them unfortunately the original trio just consisted of the drummer/lead singer „Linus“ and lead guitarist „Jason“ since the bass player had disappeared back to USA already. Linus exchanged drums with rhythm guitar and soon after two local guys had been found for drumming (Marcel Mohr) and for bass (Gernot Plitz) and the band LIFE was born. Under quite amateurish conditions they recorded the songs for their debut. The band gave a couple of concerts after and recorded a few more songs for a planned second album which finally found some place on this CD re-release presented here (tracks 12-14). In 1972 they disbanded during a tour through Italy and the musicians vanished in the haze.

Now let’s speak about the material presented here. Just to make things clear, it ain’t anything that can be considered what we usually know as Krautrock (might be redundant for connaisseurs of this particular sub-genre to mention that not everything „made in Germany“ during early 70‘s can be classified as such). Instead what we have here can be easily described as quite standard proto-prog that is a not so bad mix of westcoast/psychedelic blues-tinged rock’n‘roll with some nice trippy flute added-up. Just imagine a combination of Edgar Broughton, early Tull with Paint it black/Sympathy for the devil-era Stones. Though this release might be a bit disappointing for the advanced prog listener and in particular for the specialised Kraut-fan it‘s nonetheless a quite enjoyable one for a couple of spins. There isn’t any free-form experimentation to be found on here but some songs have quite appealing extended jammin‘ parts with track lengths crossing the 6-minute mark. At least for me the most attractive features were the really great flute play and the occasional mouth-organ as well some sax in the jazzy „Last song“. Best songs are „Dream Machine“, „Then I Am“ and „Hawaiian Jack“, most redundant ones the three added bonus tracks. Production quality is very good considering the non-professional recording conditions. Schittenhelm, who’s in his eighties meanwhile by the way and still doing some experimental avant-garde music did really a great job here.