Waniyetula
1983
A Dream Within A Dream 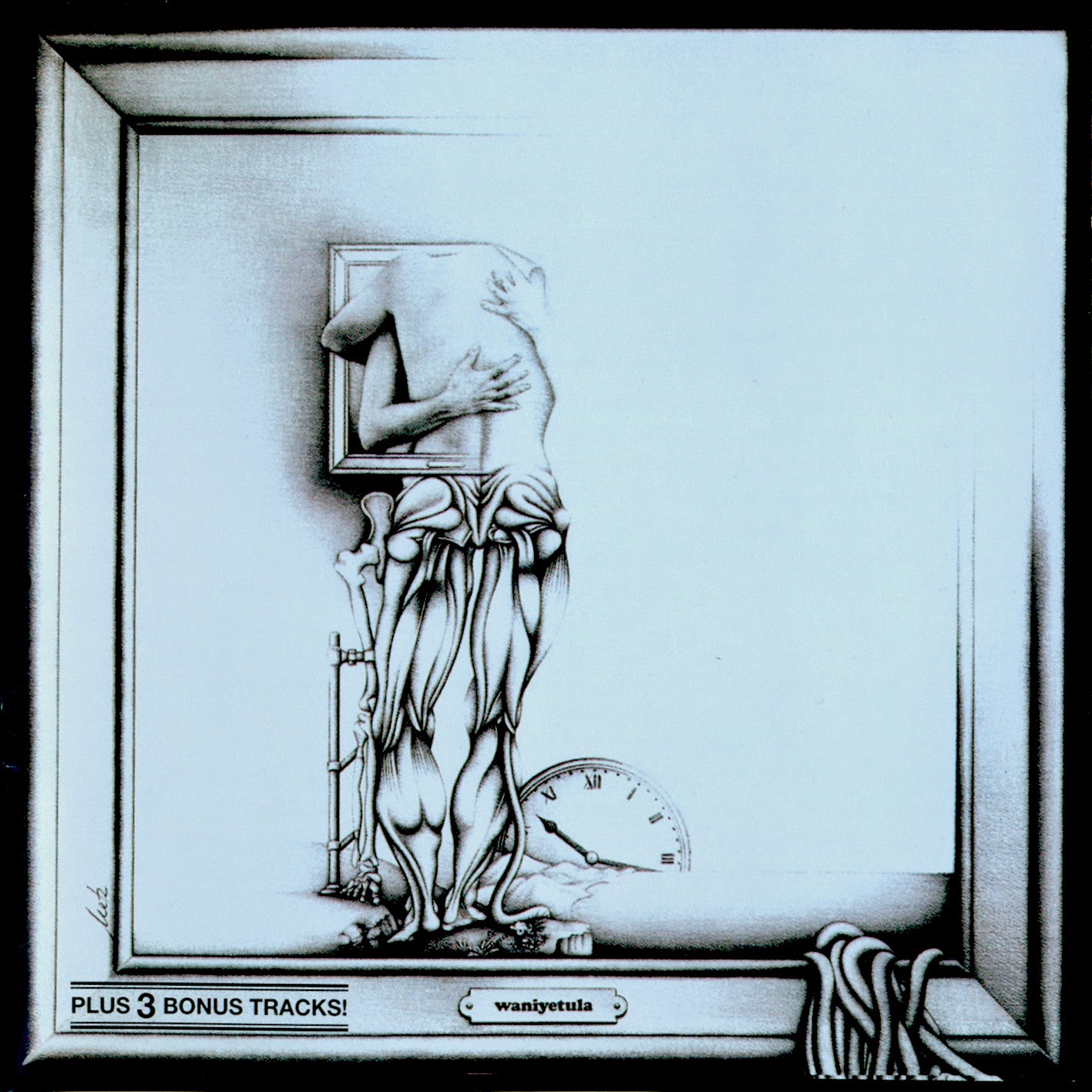 Yet another one-off courtesy of the Garden of Delights label, A Dream within a Dream sounds rather more like the work of seasoned and synergistic musicians. And with reason, for they had actually been together for years and produced an album under another name, but this is the one to get. Sort of a companion piece to APP's "Tales of Mystery and Imagination", "A Dream within a Dream" sounds curiously similar to Parsons at times, perhaps in the vocal styles and the use of an echo chamber atmosphere in the vocals. Sure there are updates resulting in a more polished 80s sound, but it does not detract in the least, and the songs develop enough to feature some appealing progression, particularly in valley of Unrest, while "Dreamland" is a fine number whose origin I question. I cannot find songwriting credits but the chorus sounds like something I have heard before. Other highlights are "Alone" which begins sleepily and develops into a gothic tune with plenty of organ, synthesizers, clangy guitars and vocal harmonies, "Feathery Bird" and "If I could tell you". I am reminded of Eloy at times, but the voice is less accented. This is a disc that traps a spacey atmosphere and draws you into it as in a dream. Recommended to fans of German symphonic rock.

WANIYETULA were a band that existed for nearly a decade and a half, but one whose career was marred by bad timing and bad marketing.

The band formed in 1969, but would not release an album ("A Dream Within a Dream") under their own name until shortly before their demise in 1983. The band did record a full-length studio album in 1975 (with the help of SCORPIONS producer Dieter Dirks), but when it was finally released in the U.S. in 1978, progressive music was already in decline and their label issued the album ("Nature's Clear Well") under the band name GALAXY (see that band's listing also in the Archives).

WANIYETULA followed up "Nature's Clear Well" with another trip to the studio to compile a thematic project based on the literary works of Edgar Allen Poe. Once again, the band fell victim to poor timing as the ALAN PARSONS PROJECT released "Mysteries & Imagination." to great acclaim first, and the project would flounder for several years before being realized as the watered-down work "A Dream Within a Dream". Garden of Delights Records would reissue the album in the nineties, and included three tracks from a discontinued and rare live compilation ("Concert '71"), which included the band's cover version of the DOORS standard "Light My Fire".

The band's sound has been compared to other eighties commercially-progressive bands such as SAGA and UK, but their compositions have a decidedly late seventies feel to them, particularly in the dissonant vocals and understated digital keyboards.