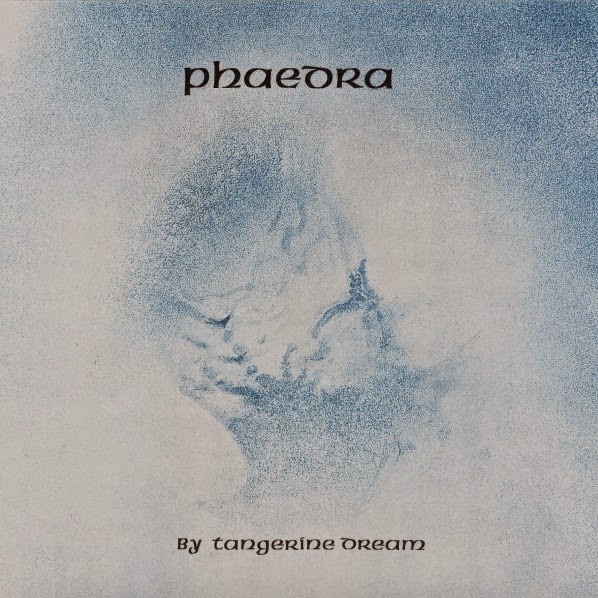 This album's name derives from Greek mythology and it was the »opener« for the band's international career in May 73. For most of the sequences, the Moog sequencer was used for the first time on a Rock & Pop record. This album brought TD massive attention from around the world. Gold records from various countries were part of this unexpected success.

The original issue of this was on the Roger Dean designed ("Gemini" and lizard, Virgin logo) colour label. A black & white version exists only as a "promotion - not for sale" issue apparently. Original issues came in a red printed poly-paper inner sleeve (at first) and then a black printed inner sleeve, with the Virgin Records logo and Vernon Street address (some later inners didn't have the address). Plain paper inners came later then a variety of other label designs.

Drastic change in sound for the band, after a move to Virgin Records. The album "Green Desert", allegedly recorded between the time the band was with Ohr and with Virgin, did not surface until 1986 (but because of all the '80s digital add-ons to that album, I find that really suspicious, and wonder how much of that was really recorded in 73)? I guess the reason why "Green Desert" was shelved for 13 years was because of the COSMIC JOKERS, a little project consisting of late night jam sessions with the likes of Klaus Schulze, Manuel Göttsching, Jürgen Dollase, Dieter Dierks, and Harald Großkopf, in which these sessions were released behind their backs and with no royalties paid (this especially pissed off Klaus Schulze, as he started filing lawsuits against Rolf Ulrich Kaiser, head of Ohr, who just changed the name to Kosmische Musik). Schulze would rather wish everyone forget about the COSMIC JOKERS. Edgar Froese stayed out of this, and once said he refused to be a part of Kaiser's "cosmic circus". To be fair, the COSMIC JOKERS albums are very much worth looking in to, and I highly recommend them to those who enjoy ASH RA TEMPEL, Schulze, or early TANGERINE DREAM, for that matter (which should come as no surprise there), start with their self-entitled offering or "Galactic Supermarket" first.
In England, Atem was a favorite with radio DJ John Peel (who I understand just passed away recently) and named it 1973 "Import of the Year". That was enough to get Richard Branson interested in the group and have them signed to his Virgin label. So TANGERINE DREAM went to England and recorded "Phaedra". They totally moved away from the experimental space sound of their Ohr albums and let the synthesizers take center stage, rather than just electronic effects. It also helps that the band finally got a hold of a modular Moog. This album also marked the beginning of the "sequencer- era", which would last until the 1980s, because this is where they started experimenting with sequencers. There is also a minimalist feel to the album, making me wonder how much Terry Riley they've listened to. But this still didn't prevent the album from having that sinister, otherworldly atmosphere, as the side-length title track only proves. "Mysterious Semblance at the Strand of Nightmares" is truly Edgar Froese's time to shine, as it consists of almost nothing but Mellotron. He made no bones about being a big fan of the instrument (and also admitted he stopped using the instrument by the end of the 1970s once polyphonic synths started playing a bigger role in their music), and it also explains why his second solo offering, Epsilon in Malaysian Pale is about 80% Mellotron. "Movement of a Visionary" returns to the sequencer method, with this synth pattern, which "Sequent C." is a bunch of overdubbed flutes, all courtesy of Peter Baumann. Surprisingly this album became a huge success, and it obviously establish them as one of the big name electronic acts here. This is truly an essential album for all electronic fans.