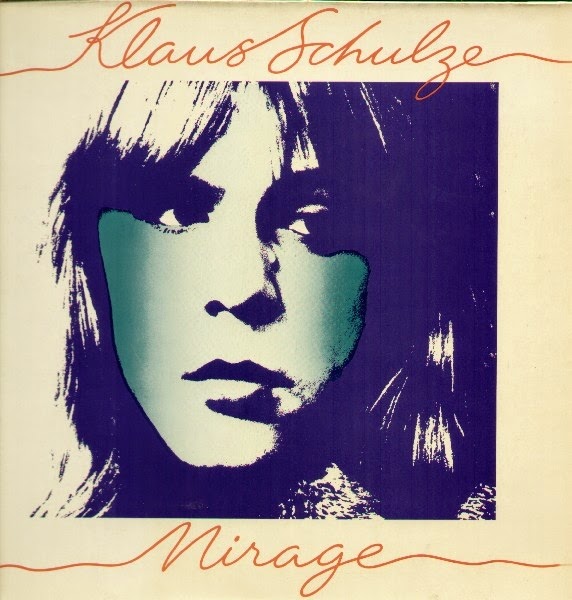 Klaus Schulze's seventh studio album has him going into uncharted territory in the electronic field. It's hard for me to write about this album because putting this album to words is very difficult. Here is an album that is completely unlike any other album I've listened to (besides other Schulze albums of this era) and here is an album that takes you on a voyage of the senses and an aural exploration of the inner workings of your mind (which are like many of his albums from this era). Schulze really seems to take his time on these albums and really elaborate and explore any musical theme he has to the fullest, and there lies the main problem with his album (in my opinion at least), is that at points you probably will feel bored. But besides that, it's ambient electronic music, what else would you expect?

The album opens with the 28 minute opus Velvet Voyage, which is essentially a voyage (pun intended) of electronic sounds and sparse instrumentation spaced brilliantly and performed at a rather leisurely pace. Slowly but surely layer upon layer of subtle keyboard is added. What I imagine when I listen to this song is being in some sort of desolate environment (like in the middle of the desert). It's the perfect mood and atmosphere and the keyboard soars and creates lush textures underneath to whining leads (which remind me a bit of Rick Wright's middle section in Echoes, only a bit more dramatic). The song goes through many different themes, tempos, moods, et cetera, but it all has one common thing, the atmopshere is tense and there are many moments of pure brilliance. However, that said, it does tend to drag, being it is 28 minutes long.

The second song of the album is the 29 minute Crystal Lake begins with an interesting bell sequence (with may be keyboard) that slowly becomes a bombastic and grandiose composition with layer upon layer of keyboards and sound effects slowly added on top to reach a glistening crescendo of synthesizers and droning (and sparse) bass synth notes. I'm quite fond of the middle section, in which the synthesizer lines have become fully realized and the bell sequence becomes the underlying theme over the synthesizer notes. And much like the opener, there are some certainly some sections that could have been cut out (not to mention some overly long sequences), but on the whole this is a fantastic track that really takes you on a second voyage.

As a bonus track for the reissue of this album, we are also treated with In Cosa Crede Chi Non Crede?, a near 20 minute track that further explores this type of atmosphere and sentiment. Beginning with a somewhat ominous organ motif, the piece evolves and reaches peaks and lows, but maintains an uneasy and desolate atmosphere. Schulze relies of some clicking percussions to keep an underlying beat underneath more anxious and lush orchestral sounding synthesizers. It's a nice addition to the album and really rounds off the cd on a high note.

Overall, Mirage may not be Klaus Schulze's best album (in my opinion at least), but it certainly is an interesting piece of work. His music is tough to describe, it is tough to put to words, but tehre is something about how his compositions seem to evolve and then regress, and then come to a crashing crescendo that reminds me somewhat of Post-Rock (although Schulze may be the farthest thing from Post-Rock). If you like lush atmospheric soundscapes in the vein of the more accessible Brian Eno works (Ambient 1 or Apollo), you'll find something to love with Klaus Schulze.