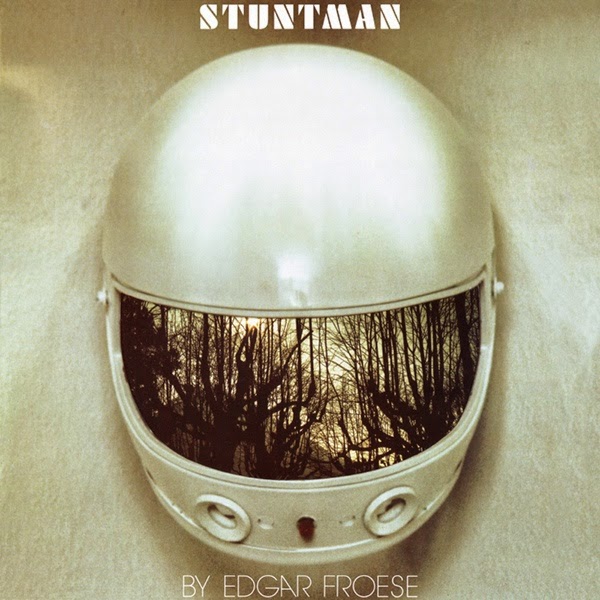 As good as any Tangerine Dream album, 1979's 'Stuntman' was proof that it really was all about the group's founding member. The one constant in the group's four-decade existence, Edgar Froese - Dali companion, psychedelic guitarist, Berlin School-founder, electronic innovator - has enjoyed a remarkable career. Under his leadership Tangerine Dream issued a plethora of classic albums, enjoying a glorious first fifteen-years that began with the experimental acid-rock of 'Electronic Meditation'(1970) and included such groundbreaking albums as 'Phaedra'(1974), 'Rubycon'(1975) and 'Force Majeure'(1979). Tangerine Dream were a big deal during the 1970's, and the group enjoyed strong album sales and regular sold-out tours. This allowed Froese to commence a concurrent solo career and for some - though whisper it quietyly - Froese's own albums proved just as remarkable, if not better, than his work with Tangerine Dream. For this writer, both 1975's lushly-mysterious 'Epsilon In Malaysian Pale' and 'Stuntman' represent the very best of Froese's solo material, albums that rank alongside the very best of Tangerine Dream. Issued during 1979, the same year as Pink Floyd's 'The Wall' and 'Apocalypse Now'(a great year...) 'Stuntman' finds Froese matching the meditative ambience of his earlier records with a slightly more melodic hue. Its a beautiful album, and because this writer loves it so much he finds it very difficult to write about. That's how good it is. If you're looking for more beyond your-now complete Tangerine Dream collection, the solo career of Froese is the place the to visit.