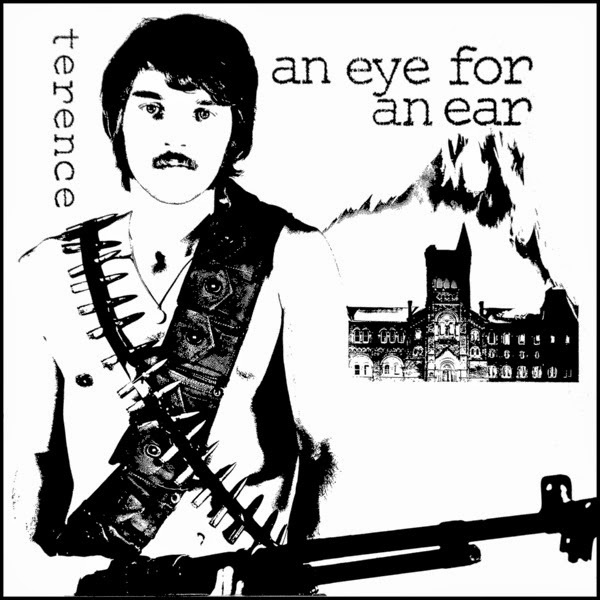 
A mindblowing mixture of pop, psych and electronica, this mysterious 1969 studio project was recorded in Toronto and New York by youthful vocalist Terry Black, who’d had six top 40 hits in Canada as a teenager, as well as recording the cult Black Plague LP in 1966. Veering from the catchy pop of Priscilla and soul-inflected Second City Blues to the experimental The Emperor and freaky Lighting Frederick’s Fire, the album features one of the greatest psychedelic tracks of all time in the fuzz blow-out Fool Amid The Traffic, and makes its long-overdue CD debut here.

Alright so this is a lost gem from 1969 by vocalist Terry Black, at least that is what they tell me. Who you ask? The pigeons that live in my brain… no just kidding I read it on the album notes. It’s a pretty odd mixture of psych-rock-soul-and some early electronics. Apparently Terry Black was some of hit maker as a teenager. And then released this oddity later on. So I had to go and listen to these hits and they are pretty good in that teen idol Paul Anka kind of way. This is really nothing like them.

It is pretty strange. I think he was trying to shake off his teen idol days or something, or maybe just smoking a whole lot of reefer. It’s really all over the place, not really sitting comfortably in any one genre. “Second City Song” is like totally Stax records, and it actually sounds good. Though An Eye For an Ear sounds very much like a product of it’s times. As odd as it is, it really doesn’t sound out of place being from the late 1960s. Like even though it absolutely reflects the values musical styles, and forms of that era, it sounds very odd and progressive. Like at the same time very much a music of it’s time, but also wholly looking towards the future.

And of course the lyrics are very hippie dippy, like what if soldiers carried flowers.. etc. I wonder if it has something to do with Terrence being unable to make it as a teen idol in the United States, so there is this bitterness with the industry, but also that maybe he couldn’t quite get what people wanted. And perhaps this being recorded in Toronto sort of segregated it from the what was happening, I mean there was a big psychedelic/hippie thing going on in Toronto at the time, but maybe being removed from everything he was just trying to create some sort of giant fuck you to the industry in all it’s forms.

Or maybe this was just an attempted cash grab that didn’t quite work, which would also explain the strangeness inherent on it. Maybe the weirdness is jus at disassociation from the music, like maybe this Terrence never really got the style, and didn’t care to. Who knows. Could be any number of reasons, but really I’m just wondering here. Because I find it actually very good. So much bluesy soul stuff on here, just really intriguing. Then “Fool Amid the Traffic” is also a great just totally a psychedelic masterpiece, totally warped and echoy and so stoned out. With some of that great wah wah guitar on it. Oh yeah