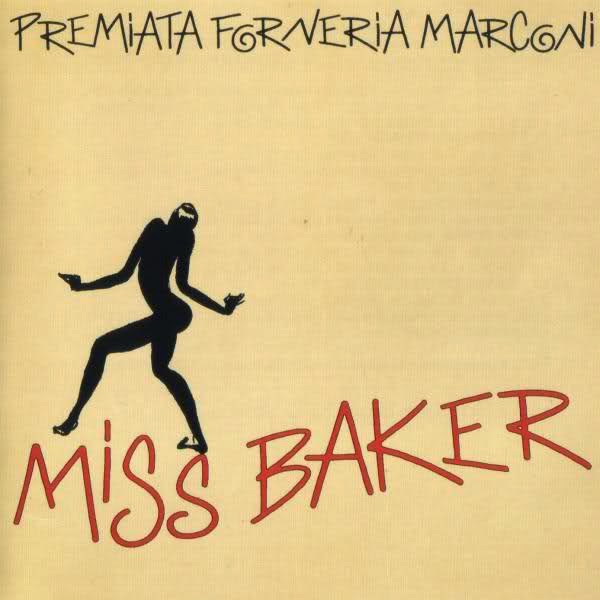 It is guessed that "Suonare Suonare" announced in 1980 was music of the quality after the revolution of their music characters is splendidly expressed. Works of men who announced in the 80's might be taken the element of POP well and succeed in conversion. However, the 80 year might have been an age of the misfortune for Prog Rock.

As for the flow and the fashion in the age, the revolution and groping for directionality were surely done through necessity for various bands. The introduction of electronic musical instruments has happened frequently in the 80's and in a human performance, having been said until unnecessary is also true. Music also doesn't limit to Prog Rock and have a lot of opinions on which it is made remarks that the band that gradually changes the music character and survives doesn't want also to admit according to the work.

Neither the age nor the idea give a too good impression for the listener though PFM created the work attempting the conversion of some direction. It was reflected in sales of the album to say nothing of it. I do not understand whether it is music that they should do though the level of the performance is certainly high if the career of their music is considered. It did not limit it to PFM to say nothing of it. It might have been a road that a lot of bands had passed.

"PFM?PFM" that had been announced in 1982 might have been a content not to be able to satisfy with all the tune, loose compositions of the idea. The impression that has completely changed into another band is given if it thinks about the history of their music. This holding the attention of disappointment for the fan that knew their histories with a natural part as a flow to some degree and at that time resulted.

The guess flew between fans when the band had dissolved the announcement of the work was not having of them after 1982 the interim. However, they announced this album after an interval of five years.

Music that reflects the times exactly is being carried out by this album produced in the member who adds the drum and Vittorio Cosma of the keyboard and Walter Calloni of Lucio Fabbri in addition to the member of the main of Franz Di Cioccio, Franco Mussida, and Patrick Djivas. And, it is guessed to the guest that the fact that Mauro Pagani partially participates in the composition and production also had some groping when they produce this album and the restructuring of the idea.

It exists as ..this album.. position when thinking about the history of Music of PFM very slight. It offers in the album and if the construction of existing theme and quality is considered, it offers it to the listener in good shape of existence as Music. It cannot know whether it is certainly music that they should do. This album can be very caught as Music of fine quality one Music however if it considers it as one work. A lot of ideas and melodies made only PFM are blocked though music like AOR is progressed overall. It can know the composition of the theme and the tune that they took to the album very if it catches purely as music. And, profound feelings might be able to be found to the tune at the same time.

Making the sound in which Genesis in the 80's is recalled carries us to the world of the relaxation with the theme that is overall consistent and exists in the album.

"Prima Che Venga La Sera" to which the section of the wind instrument is boldly taken attracts the listener with the element and the dash feeling of POP.

"Un Amore Vero" ..tune of POP/AOR of giving the relaxation and the quality.. has finished. The idea of Violin of Pagani is suitable for the tune well and gives a moving impression. Woman's chorus has succeeded partially indispensable for the tune, too.

"Finta Letteria D'addio Di Una Rockstar Per Farsi Propaganda" is a tune that reflects the times with the element of POP. The tune changes the rhythm without ending like ..POP.. element and it shifts to a moving flow with Solo of Violin. It is guessed that the idea of Pagani is blocked in this tune.

"Josephine Baker" that is the theme of this album challenges progressing the tune along the theme with a nostalgic flow. This tune that makes the woman of real existence a theme has the flow that may be expressed by their performances.

"Tempo Tempo" advances with the element of bright POP. The idea that doesn't end simply talks about their creations at that time. The atmosphere of the whole volume never disturbs the flow of the tune. An ad-lib ..Jazzy.. piano might succeed, too.

It is likely to be thought about the atmosphere of "La Chanson D'un Aviateur" as a usual power ballade. However, it is guessed that a part on the way of chorus's flow and tune was kneaded valuing the composition.

"Miss Baker" might be too much one of the albums that do not lift in the topic momentarily at the time of thought about the history of their music. It is likely to be able to catch as Music one fine quality if it thinks as Music in this age however.