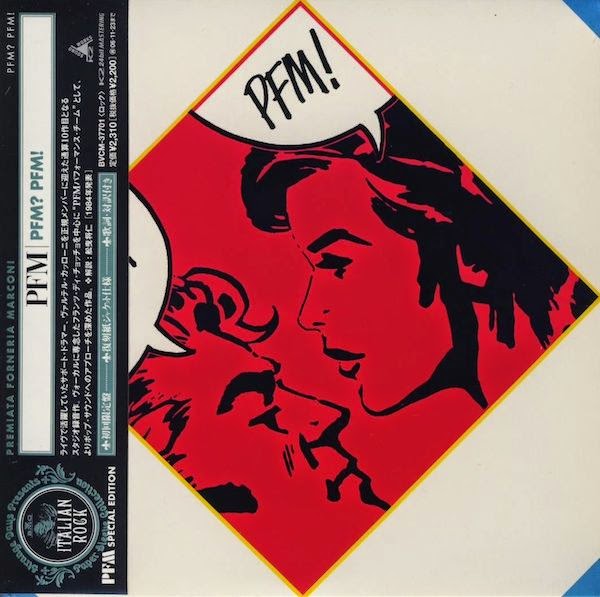 
This album, in my opinion, is heavily underrated. The reasons are very simple: it doesn't sound like orthodox "PFM", it's not meant as a serious work (the title itself suggest that, and seeing people complaining about it instead of enjoying the trick is really funny), and - finally - most of the lyrics not only don't make any sense at all but seem to have been written with the exact purpose of annoying the listener.

So what? The music IS of outstanding quality AND well played - PFm doesn't betray on that - and as a result I happen to like this album quite a lot. The first time I heard "Pfm? Pfm!" I was puzzled. They clearly had chosen to get a "bad-taste-80s- sound" on the first track. From the second track onwards, the sound keeps the same, but the overall atmosphere changes a lot. Actually, with the exception of that first track, which has been a commercial hit for a very short time, the rest of the songs are very good. The sound is sparkling and plastic, and as such it seems to point to a reassuring effect. But the song structure and the lyrics deny that. The development of choruses, illuminating acoustic guitars solos by Mussida (hear "Sentimentalmente") and the choice of words which refuse to go anywhere conjure up to a sense of frustration- in-a-friendly-environment which is just great.

It's no point arguing how much of this was on purpose. The final effect is fascinating, and every accusation of "loosing roots" on this album is just silly.