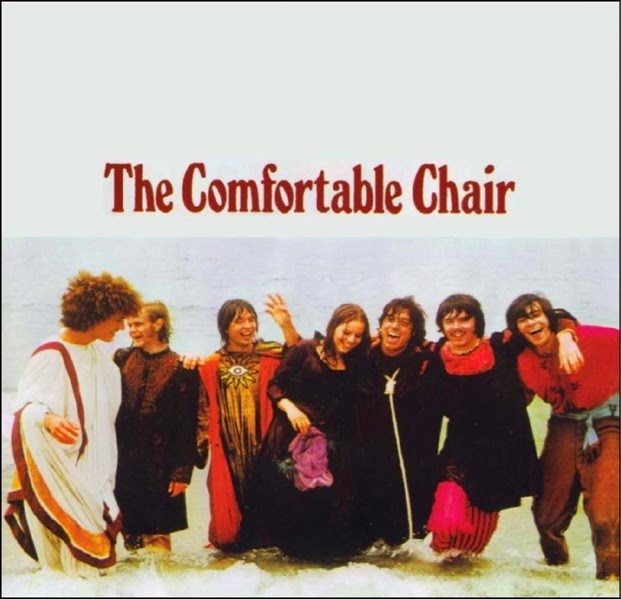 “It has some very pleasant moments, similar to It’s A Beautiful Day and Peanut Butter Conspiracy” – Fuzz, Acid & Flowers


Best-known for having been discovered and produced by members of The Doors, this Californian septet made some of the finest psychedelic pop / rock of the late 1960s, and stand up well alongside better-known contemporaries such as Jefferson Airplane, It’s A Beautiful Day, Sweetwater and the Peanut Butter Conspiracy. Their sole album was first issued in late 1968, and though they were acclaimed at the time as ‘an extraordinarily relaxed and relaxing bunch to listen to’, they split when it failed to sell.

What little attention this West Coast sunshine-rock band's 1969 self-titled album The Comfortable Chair has gotten seems to stem from the fact that it was The Doors' lead singer Jim Morrison who discovered them, while his fellow bandmembers John Densmore and Robbie Krieger served as producers for their sole 1969 album on Ode Records

It seems unfortunate that they were never a big band outside of the 60s California circuit since their set is actually quite impressive in its own right. Featuring all-original songs (virtually every band member contributing to the writing chores), the self-titled album bounces all over the musical spectrum.

Lead singers Bernie Schwartz and Barbara Wallace are both quite good, navigating through the different genres without any trouble. Highlights include the opening rocker Ain't No Good No More, Let Me Through, and the sweet ballad I'll See You.

The band made its film debut in the Bob Hope - Jackie Gleason comedy vehicle movie How to Commit Marriage (1969) and really shines in the film as a psychedelic-hippie rock band associated with the young people in the plot of the story.

This fantastic group did a wonderful music video-style presentation in the film, performing their charming hippie anthem, A Child's Garden. Exemplified by Some Soon, Some Day and Stars In Heaven much of the set features a lazy, dreamy aura that's quite captivating.

They were a band heavily influenced by the likes of It's a Beautiful Day, Sweetwater and Jefferson Airplane. Their one and only now-highly collectible record album was released on CBS-Ode Records in 1969

Email ThisBlogThis!Share to TwitterShare to FacebookShare to Pinterest
Labels: The Comfortable Chair, USA