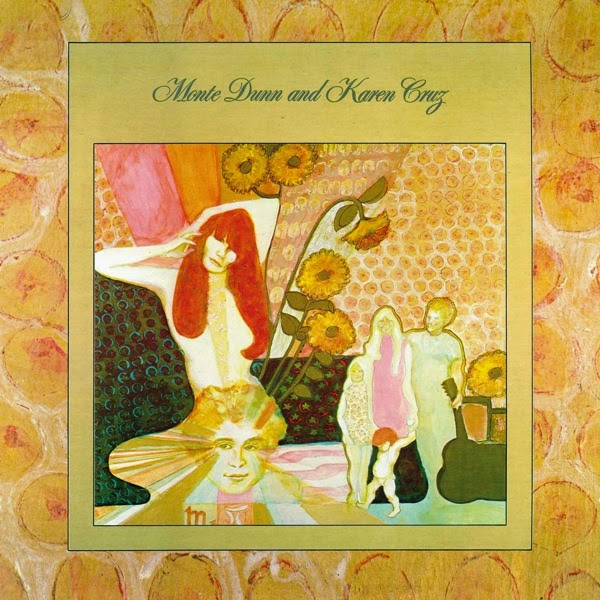 
As one of the leading US session guitarists of the 1960s, Monte Dunn will need no introduction to fans of Tim Hardin, Fred Neil, Richie Havens and many others. In partnership with his wife, New Orleans native Karen Cruz, he also released this glorious collection of mellow folk-rock in 1969, with contributions from a galaxy of fellow session stars including Bruce Langhorne (guitar), Paul Griffin (keyboards), Eric Weissberg (banjo) and Hal Blaine (drums). It makes its CD debut here, complete with its original press release, and is an essential purchase for all fans of 1960s folk-rock.

“Some cuts have an understated pop / folk-rock touch, with an appealing sense of longing, somewhat haunting melodies, and harmonic blends… The highlight is ‘Tip of My Mind’, on which the harmonies really attain a rich, melancholy pungency” – www.allmusic.com