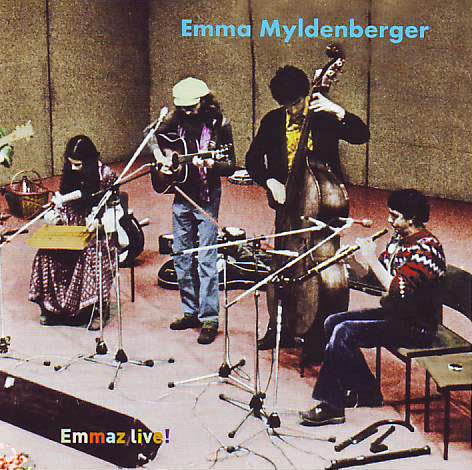 
Previously only available trough cassettes (79 copies produced to be exact), this third EM album (and last if you do not count the Radio Noisz Ensemble, which is the logic continuation of this venture), the superb Garden Of Delight label reissued this album very recently for our pure enjoyment. And enjoyment it is, because this lengthy (68 mins + 3 bonus tracks for 81 mins) live recording is of excellent sound quality and there are much "new" material that weren't present on the two studio albums, but rehearsed live for a possible third studio album, which would never come. Sporting a colourized version of the cassette photo as artwork, corrected running times, some group pictures, the GOD release is the usual excellent product that gives progheads so many joys over the years.

Some of the previously heard songs are in fairly different versions here, often with less vocals or presented in a different light. The superb RAA and Regenreigen Suite are both presented with excellent live alternatives. The last three songs on the original cassette were foreseen for the third album (as would the last two bonus tracks), thus giving you an idea that this third album would've at least as good as their debut and approach the second's outstanding relevance.

Of the three bonus tracks, the jig of Narrentanz is the least interesting (and already present in the first studio album), but Schäfer Von Rotterdam and Alina are superb medieval-sounding tracks that we're all used to hearing. More added value for a Live album which turns out to be just as essential as the studio ones.