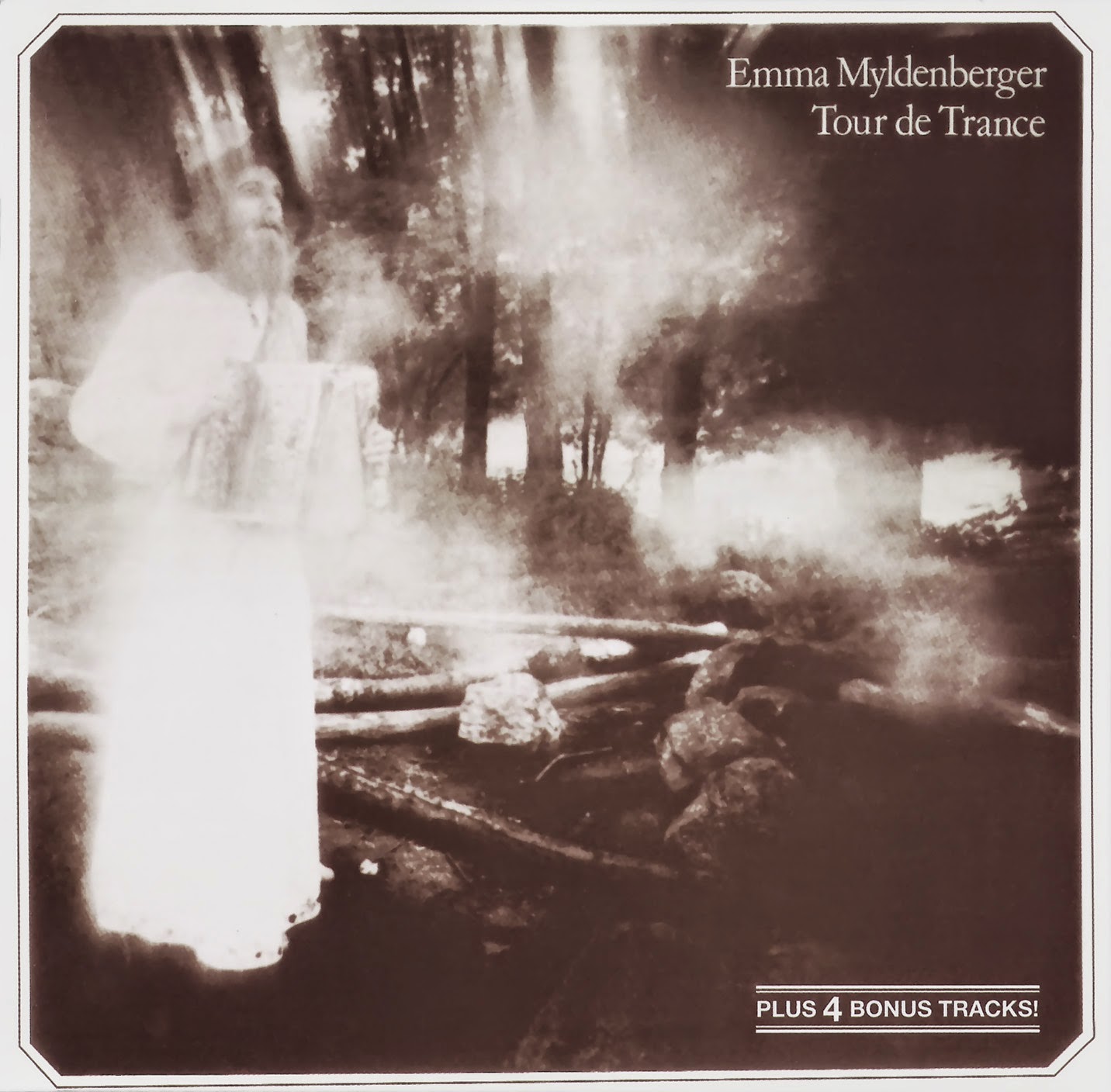 
This second album is the real reason of this group's presence into the rock almanacs or encyclopaedias and into our beloved Archives. After the release of their debut album, the group toured extensively Germany and made trips to Switzerland, Luxembourg and Ireland (several gigs a day over there), and were joined temporarily (actually he just stepped on stage uninvited and stayed) by Israeli percussionist (tabla, mostly) Rammy Mizrachi and he gave the group's original tracks a fairly different sound and direct the band to another direction than trad folk. Around the mid year of 79, the group started recording in their hometown this second album, which would be their definitive statement.

Starting out on the rather Ougenweide-style folky number, Ein Bisschen, that rides on a great banjo line and a myriad of small flutes. Closing the first side of the album is the almost 29-mins Regenreigen (rain round dance), easily the album's tour de Force and tour de France as well as tour de Trance. The lengthy tracks takes through a myriad of climates and rzegions exploring middle ages and more recent jigs, sometimes oscillating between Third Ear Band and East Of Eden Jig-A-Jig. Ranging from mid- Eastern (Arabian) to Indian classic music (though a raga) to semi-Spanish-sounding ambiances and much more, Gullatz's oboe getting a big share of the spotlight.

The flipside is made of three mid-length pieces, the first of which Lenyas Fantasie (Lenyas is Anne Gosslau's daughter pictured in the interfold of the vinyl the community photo) has a definite Spanish-Flamenco slant, coupled with pure chamber music. The Following RAA is obviously the album second highlight, constructed around some strong guitar strumming and tabla/bongo (obviously Rammi's influence) and Topsi's contrabass playing again a Spanish dramatic theme over a raga beat >> lovely chamber music ending too. The 5-mins Hochzeitsnatch (wedding night) starts on dissonant African metallic percussions, before two wind instrument (oboe and clarinet) take over and a steady beat, take on a classical twist before sinking in Aum psalms and full sitar psychedelia and obviously a one shot thing.

The only weird thing (and somewhat quite deceiving, even if the album is an incredibly success artistically and aesthetically) is that Rammi Mizrachi is not part of this album, although he appeared to be so instrumental in developing the album. The bonus tracks are from a Berlin concert prior to TdT's release and give us two "works-in-progress" tracks of the upcoming album and a Grateful Dead reprise and not adding incredible value, but not disserving it either. I would've preferred this track on the debut album instead on this one.

Tour De Trance is indeed one of the most stunning pieces of psychey prog folk with strong medieval tendencies and is considered a classic by connoisseur with every reason to be so. This album would then fill out the group's concerts set lists, with the Regenreigen track being the centrepiece, until the group's end in 81 with Rammy often starring on tables. In the very near future, the great label Garden Of Delights will release a live album of concert of the later period, which if you enjoy this album will most likely a must have for the fans. I know I will jump on at at sight.