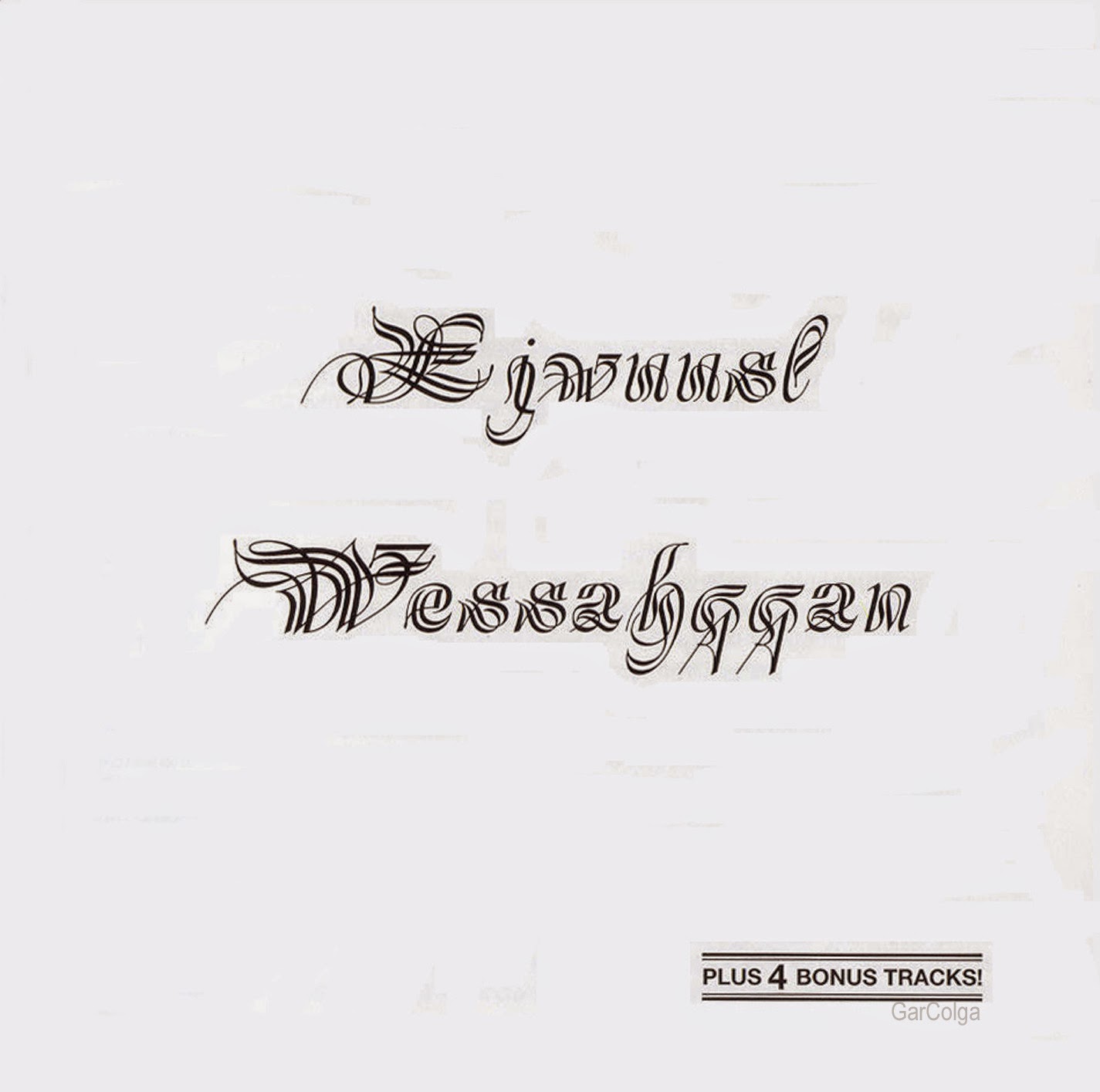 Originally they started under the moniker TIME OF WASTE in 1971 together with a guitarist who disappeared the next year and took that name with him. The bizarre EJWUUSL WESSAHQQAN derives from a science fiction story written by US artist Clark Ashton Smith. The band's music appears here as mysterious as the band name. Situated in Munich they were related to Amon Düül 2 at that time. You can recognize this when exploring the songs which are experimental and stylistically differing a lot. The self-made 7 stringed instrument Filouphone marks another unique aspect of the band and adds oriental elements to the sound.

The original vinyl is self-released by the band and contains the first four songs. It is said they couldn't find a proper label and so this was produced covering only 300 copies. Very hard to find nowadays. Garden Of Delights re-issued this rarity and added four bonus tracks. Interestingly - two of them are from the later incarnation KOALA-BÄR held up by keyboard player Michael Winzker. Now you might dispute if the bonus tracks are distorting the original character but for me it doesn't matter - it's rather a big plus because it brings more varity to this release.

EJWUUSL WESSAHQQAN start with the classical tinged Die geborstenen Kuppeln von Yethlyreom - a jam which shows ELP appeal and holds heavy drums and an energetic bass playing by Rene Filous. Not aimless noodling by the way - the song bears a thought out structure as for my impression - but has also room enough for improvisation. Only the lyrical title of the next song points to something like a relation - otherwise you would think this is another band when listening to the follower Die orangefarbene Wüste südwestlich von Ignarh. Drummer Wollenburg's activity is reduced to some slight cymbal additions. This one is meandering as an oriental tinged psychedelic piece - dominated by the excellent cooperation of the guitar similar Filouphone and a distorted organ output.

Thuloneas Körper is getting out of the range because sounding totally formatted like a music school exercise. But Hobbl-di-wobbl after that brings us back to the krautrock experiments when the band jams along for sixteen minutes nearly in the vein of the Amon Düül 2 'Yeti' sessions. Not only because of the better sound quality the bonus tracks are able to update the album's image. The Munich live recording Passaceety from 1976 and AFN from the same year are both switching back to the symphonic tinged ELP style unmistakebly coupled with joy of playing.

The first KOALA-BÄR song The Crystal now shows another instrumentation. Acoustic guitar, english vocals, organ and spacey synthesizer accompaniment - this makes out a very nice psychedelia song. La Mer follows in the same vein - dreamy, silky with a high proportion of synth elements. I won't call this album a revelation of beauty but it contains an interesting variety, carries an experimental approach and therefore definitely deserves a place in a krautrock lover's collection.