Curt Newbury
1970
Half A Month Of Maydays 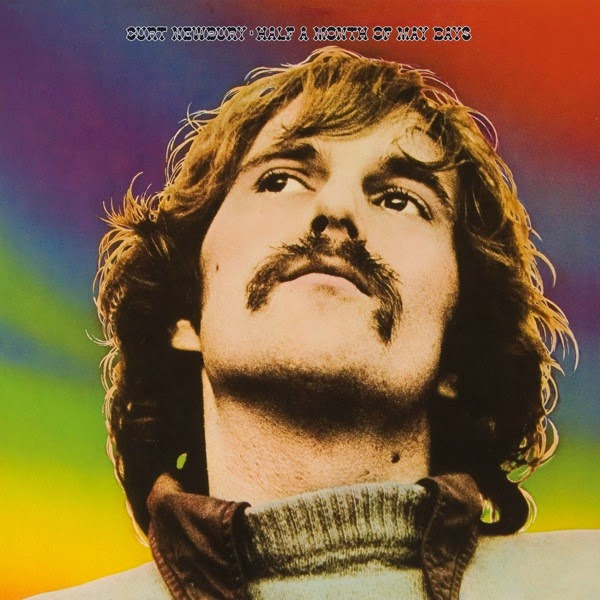 All tracks by Curt Newbury

“An interesting album of West Coast folk-rock with some brilliant guitar solos” – Fuzz, Acid & Flowers
Curt Newbury was a flying instructor, a licensed hypnotist and a gifted singer-songwriter. This unfairly-neglected collection – the only album he would ever release – originally appeared in 1970, and makes its long-overdue CD debut here. Featuring superb backing from members of US psych heroes Kaleidoscope, as well as legendary session guitarist Mike Deasy (who contributes some brilliant solos), it’s a varied and consistently enjoyable set that’s sure to appeal to all fans of acid-tinged folk-rock.

Meeting him, you’d say at once that he was shy and really pleased to meet you. Knowing him, you’re aware that he looks a little further into the same things you see. And liking him, you’d recognise Curt Newbury as a seeker after meanings – a poet on his way to wisdom.

Texas-born, he began picking folk guitar in college, playing the coffee houses. And he studied languages, perhaps because of the part of his childhood spent in Germany. And perhaps because he has abundant restless energy, and possibly because half of Texas is that huge, inviting sky, the language student became a flyer. A flying instructor. And, via equal parts of logic and mysticism, a licensed hypnotist, the better to teach student fliers...

Then, finally deciding: “Making music is what I’m supposed to be doing.” Gathering his songs. Making an album. Being unique. Being himself – Curt Newbury.