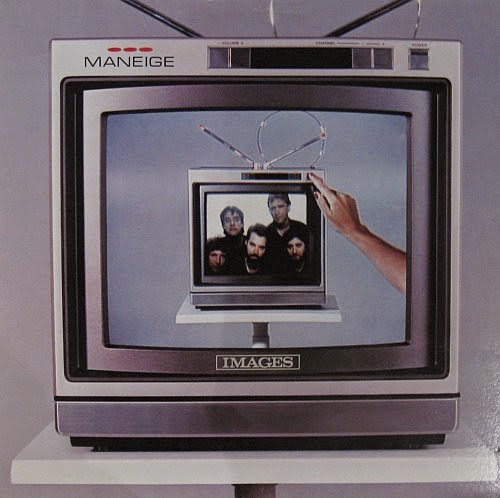 Some three years after Montreal 6AM, out of the blue came out the last Maneige studio, so unexpected that it went out of view quickly and I never became aware of this album until the end of the 90's. What to say of this record? That the arty/trendy artwork is awful, that it came out on the same local Trans-Canada label and that the line-up is quite different? All true! This is not that much a Maneige album since that even with the return of Schetagne on drums, only remain Leonard on Bass and Bergeron on winds and keys.

Don't get me wrong, the album is still good (especially considering the date of release), and if they try to maintain a high quality of musicianship and good composing, Maneige tried to update themselves and, in the process, lost part of their soul. Nothing really scandalous, I assure you, but the fan can only be deceived. With no tracks above the 3:45 mark, the "songs" are rather concise and up to the point. Actually, the JR/F elements are still quite present but the general feel is moiré in the rock/pop direction than ever before. Ballade En Hiver is probably the highlight of a track selection that fails to surprise, but has no weak tracks either. The two newcomers (the guitarist and main keyman) do a credible job, but fail to dazzle.

This album might get someday a Cd re-issue, but the vinyl should not be hard to find at reasonable price! Given the Canadian post tariffs, avoid ordering from Canada unless you plan to bring it home in your luggage. In itself, this epilogue is not a bad album per se, but in the light of the previous discography, it was high time that Maneige stopped here. Quite a classy "Album De Trop", though! I would say for fans only.