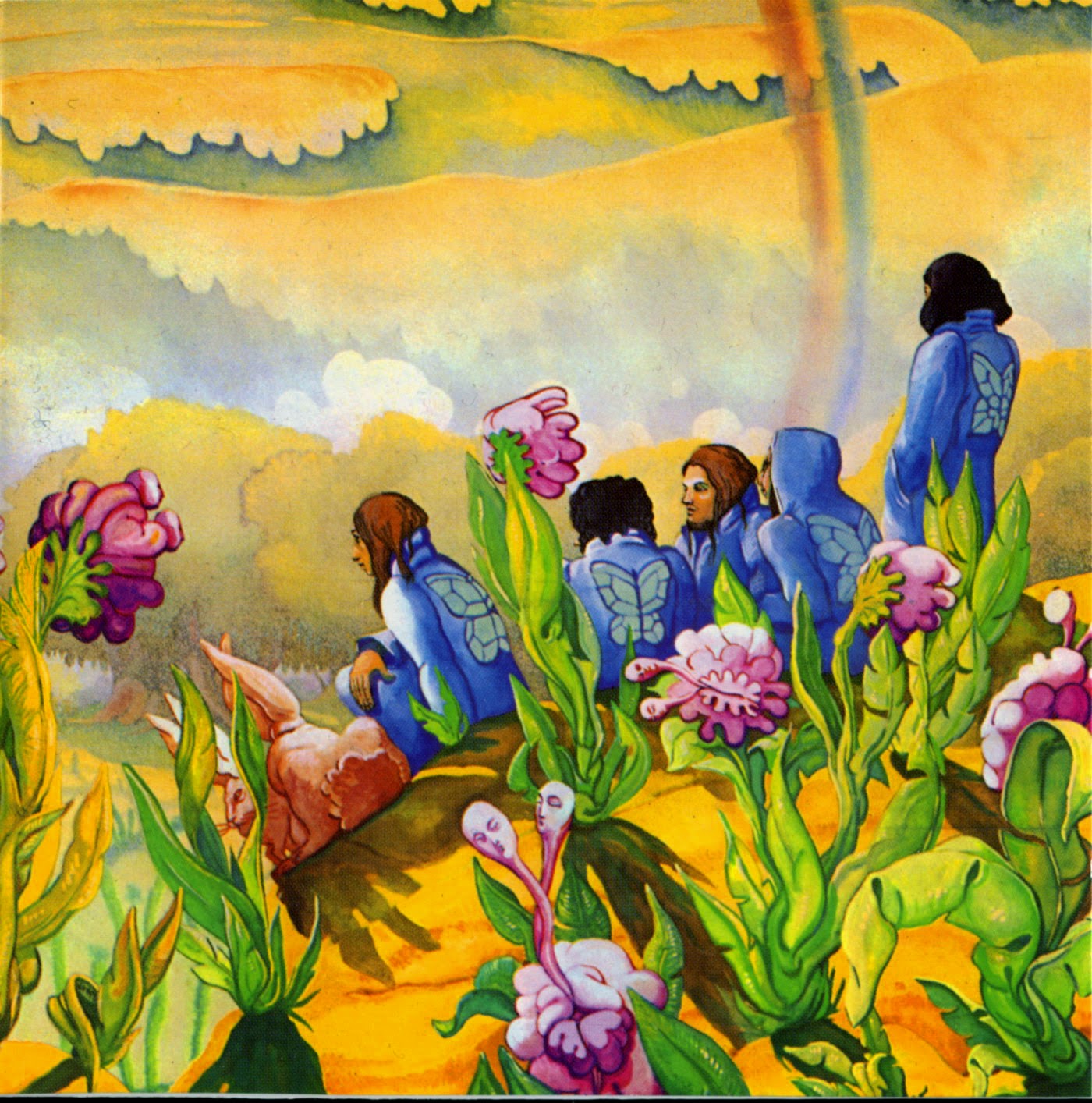 This is an absolute masterpiece! Perfection! This is probably the most "beautiful" I have ever heard, and easily the best folk album I own. The progress from the debut to here is astronomical. They have piano, mellotron, 2 more musicians, even a song as long as Close to the Edge! They transformed from a simple melodic folk band into a progressive rock-folk one. For now, this album gives me more goosebumps than any album from Yes, Genesis, Pink Floyd, and the Flower Kings. Here, you have the mellotron used at the best way possible, beating Rick Wakeman, Tony Banks and Fripp. This record is the definition of beauty. Anyways, the songs are the seasons and the last one something else (who knows, I don't know french)

Vert (Spring) begins the album with a wonderful flute melody. This is a song not very different from a song in the first album, yet superior in every aspect. The vocal harmonies are at their catchiest (think about the opener of the debut), the instrumentation is complex, accessible, and magical.

Dixie (Summer) sounds like a pop tune, but it is not a generic one. IT has some jazzy touches, yet keeps the folk. It is very upbeat, joyous, and makes you wanna dance to it! The piano playing is excellent here, especially the main riff.

Depuis l'automne (Autumn) is the song I heard in progarchives. This song is a bit darker than the previous two, and proggier. After the first verse/chorus (great simple folk), there's a short part where you hear a wonderful mellotron. After the second time, you get a much longer instrumental break where you hear a mellotron just impossible to describe in terms of how pretty it sounds. You don't only have the mellotron, you have other instruments, including a simple bass line and acoustic guitar that has both "echo" and "sustain" effects. The result is probably a passage that surpasses anything from Yes, Genesis, and this band itself! After that, a theme is repeated but then another theme is repeated which changes melancholia into pure euphoria!. This theme has some of the warmest, happiest, and most addicting vocals I have heard in a long time.

En Piene face (Winter) is another gorgeous short song, but a bit more melancholic. The last two minutes of the track features a wonderful repetitive theme with a great use of vocal harmonies, acoustic guitar and accordion.

Histoires Sans Paroles is the epic of the album after the four seasons. The first movement is very uplifting and has one of the best flute melodies I ever heard. The next one is introduced by a wall of mellotron. It makes you think as if it is God playing the mellotron. I rarely heard such a wonderful use of the mellotron. Later, an electric piano plays with a multitude of guitars in unison. The theme continues with minor variations that make it even more gorgeous to listen to. A somewhat bizarre musical break follows and is faded eventually when the mighty mellotron takes over again until it is alone. Here, it sounds similar to the one used by Wakeman during Tales of Topographic Oceans. Strong musicianship that keep giving me goosebumps continue and the lonely mellotron passage is repeated. Brilliant music with with sax follows and Im still wondering what this song is about. Is it a fifth special season as a reference to something? Is this a musical version of heaven? of an utopia? What is this? This theme lasts for about 5 minutes as it grows and shape shifts into a much needed climax (mellotron freaks: here you have some beautiful flute-like mellotron). A very uplifting and upbeat section that brings back the intro of this composition concludes this gorgeous disc of heaven.

What are you waiting for? Even if you don't like folk nor prog, I think it is impossible to not get moved by the beautiful passages making up the 41 minutes in this album.