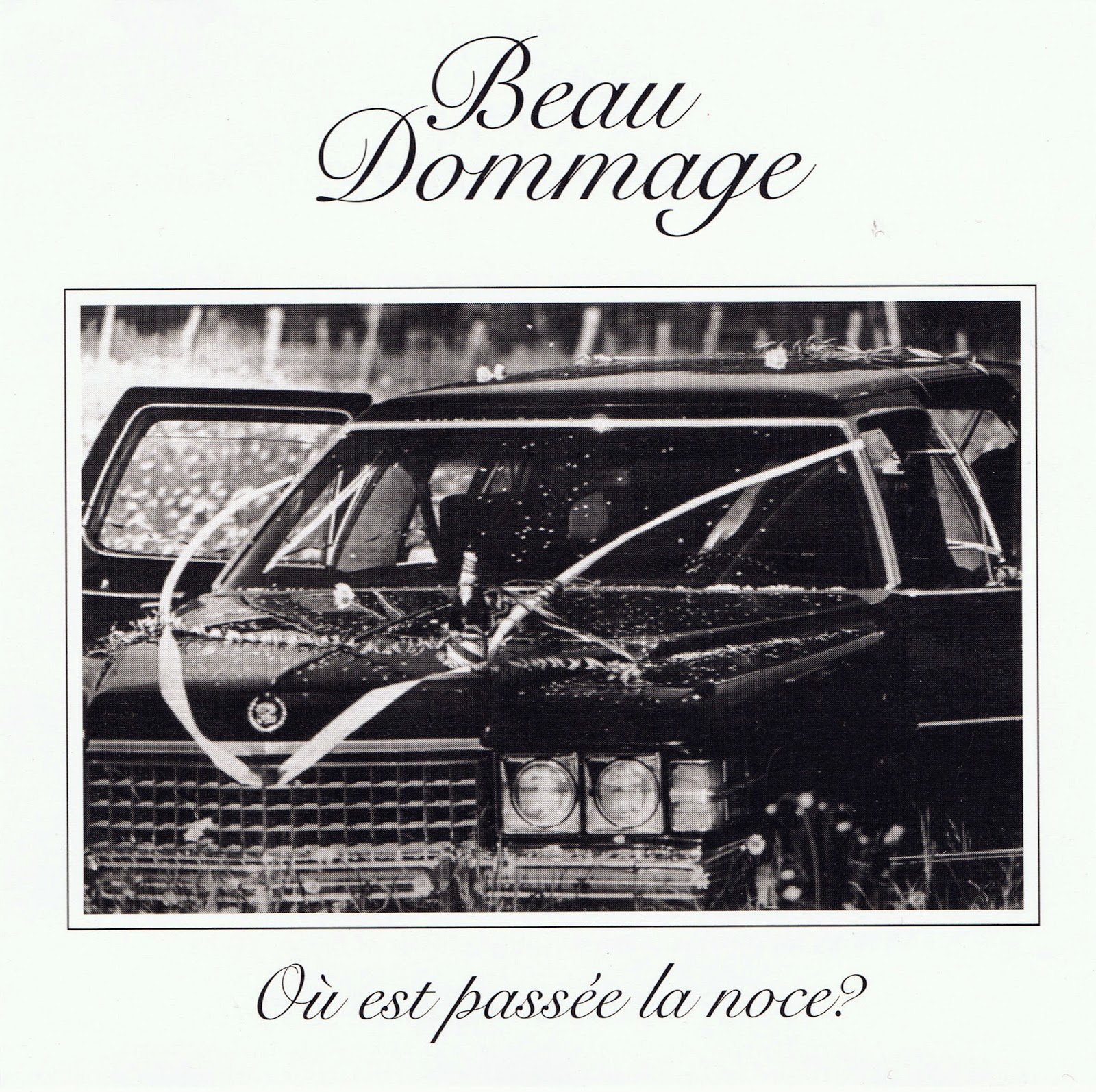 
Aah, that tongue-in-cheek humor starting with the name of the band, and all the fantastic lyrics about love, death, friendship, heartbreaks, being bored in your every day life and of course: 'doing it'. Beau Dommage is fueling on the greats of the era (Yes, Gentle Giant and Jethro Tull) for that titanesque Incident a Bois-des-Fillion that closes magnificiently a way above average album. Rivard is launching Yes riffs like it's nothing, proving that the band can not only do pop, but also coherent prog like it's Monday morning. The vocals are (as always) a miracle in it's own right, 3 voices (2 guys 1 girl) blending perfectly, only topped by the Beatles themselves.

If you can get the lyrics translated, they are hilarious in some parts, but always true to real life. They always had that knack of saying things tactfully without repeating the same old clichés in so many love songs. They go directly to your heart, coating it with a fuzzy feeling of being home and consoled by your loved ones.

Many other highlights are in shorter length: Amène pas ta gang could easily pass for a poppish Gentle Giant and Bon Débarras is a very potent instrumental in the good ol' 70's Italian tradition. This band is considered intouchable in Quebec, a monument of lyrical beauty and artistic strenght, by kids who never knew they were that good!

Giants without being pretentious, poets without getting snobby. Intouchable.